Hood River Once Again: Watersports, Beer, and this time The Milky Way

As usual, we decided that there is no better place to be than Hood River in August. This time, with Pierce living in California Zach had to make the drive up to Oregon on his own. After an overworked week, Zach piled the 4runner full of kite-surfing toys, enough camping equipment for a winter hunting expedition, and an expensive mountain bike hung precariously from the back. A new rocket box strapped to the roof with a few bungee cords definitely helped the 4runner’s amazing gas mileage as Zach blasted off through the headwind corridor of Wyoming. Worth it though, for Chateau Dischner was never more spacious.

In typical Zach fashion, he decided to make the drive in one shot. Fueled by red bull, and handfuls of pretzel chips and hummus, Zach eventually pulled off for a quick rest near the John Day damn and tried to snag some quick shots of the milky way:

Finally, the next day Zach arrived groggily in Hood River and headed for the best pick me up known to man! A nice Pfriem IPA and a big bowl of soup! Now we are talking!

Zach had a few days to hit the water before Pierce flew in from California. The days turned into one long glorious routine. Wake, head to The Ground for a breakfast sandwhich and a coffee, get blasted by the wind and the swell on the kiteboard, drink Pfriem or Full Sail beer, find a place to park the 4runner, sleep a nice deep slumber. Repeat. What a life.

Finally Pierce arrived and the shenanigans could begin. Our first night of camping was spent taking goofing pictures posing with the kiteboarding gear and the 4runner. We’re too cheap to buy a flash, so instead we worked to perfect the headlamp/flashlight lighting technique. 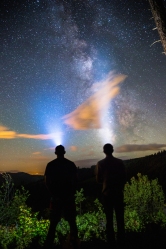 We got a few days of good blasting up and down the river, hooting and hollering feeding off of each other’s stoke. Probably the only kiter/windsurfer pair who seem to actually enjoy each other. Sorry no pics, but we tried a few GoPro vids, check it out below!

Evenings were spent driving around the hundreds of logging roads looking for a good place to camp with a view of Mt. Hood. On one such day of exploring we met Crazy Ed. Here is a list of some of Crazy Ed’s accomplishments: First Windboarder, accomplished computer hacker, first snowboarder on mount hood, helicopter gunship pilot of 13 different types of helicopter, 10th Mountain Division Sniper, and finally the supposed star of the book The Shootist which according to GoodReads features a “famous assasin with incurable cancer.” Not quite sure what to make of crazy ed, but he seemed friendly enough (though we hightailed it away from his hidden cabin in the woods after a tour…). He also had a nice little plywood hovel, powered by solar panels, and he offered to let us camp on his land, but we politely declined.

Finally the next night we found the view we had been looking for. A nice clear view overlooking the Hood River valley and Mount Hood beyond! (This was due to the high voltage powerlines that were buzzing all night long) But after some Full Sail Pilnser and some tasty quesadillas, our creative juices really got flowing: 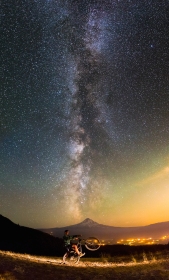 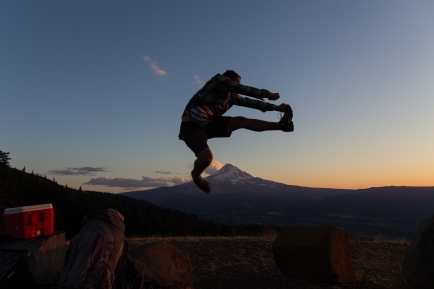 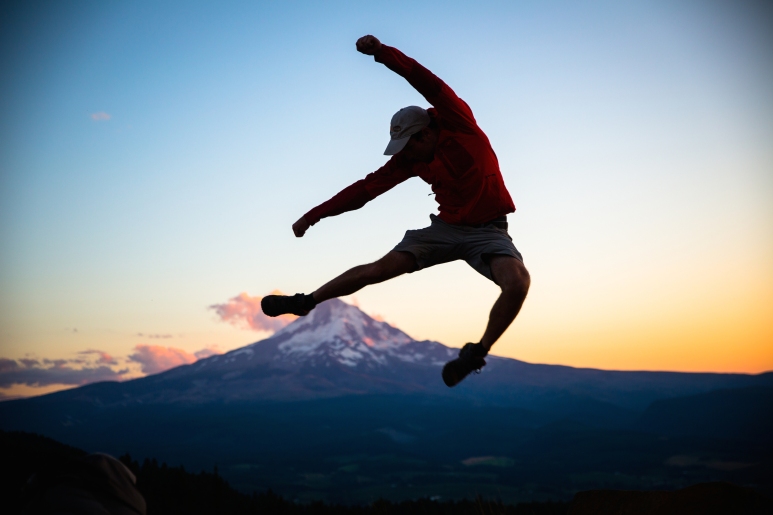 Finally, on our last day our usual no wind luck returned. A dead calm, blazing hot day we decided to do the hike to punchbowl falls. Zach managed to work up some courage and do the cliff jump and waterfall ride down the falls, while Pierce took pictures and cowered in fear from the large drops.

All throughout the trip we decided we were going to be ultra artistic, and take little 2 second out of focus video clips of everything. Here is the little result from our half-hearted efforts.

Anyways, it was an awesome trip, and we are both ready to go back next year! Hopefully we can finally convince some of our deadbeat friends to join us and see what an awesome place it is! Hope you enjoyed the read! 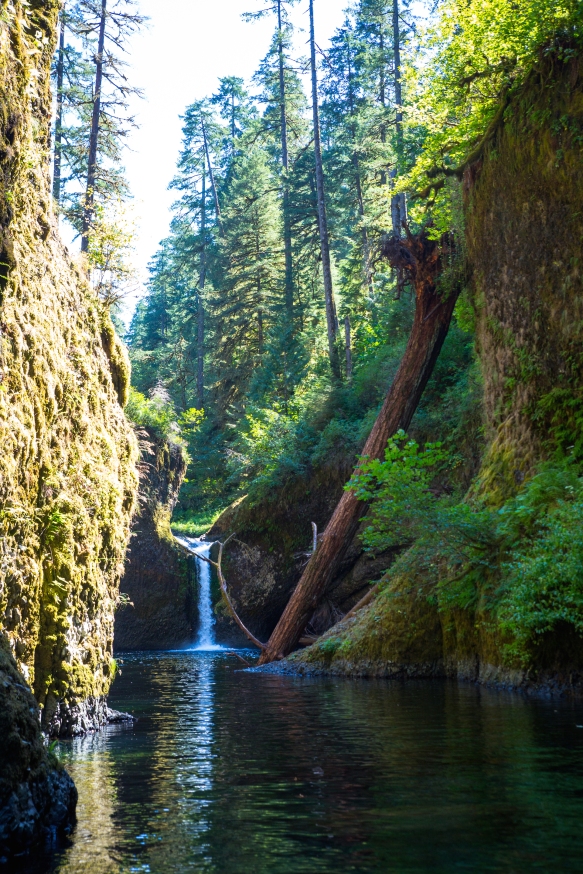 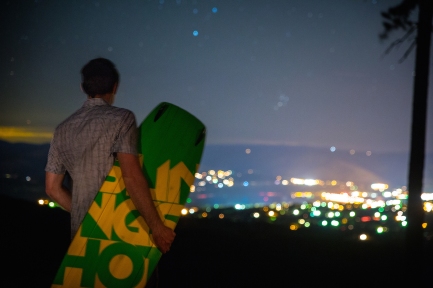 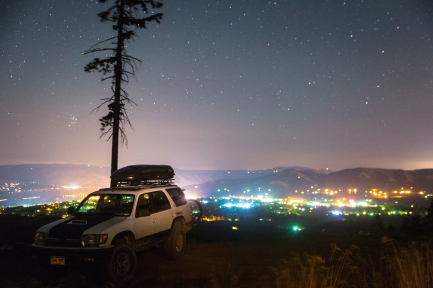 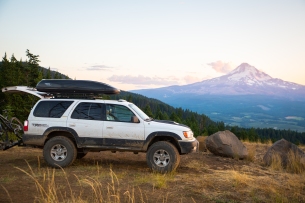 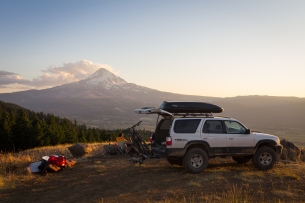 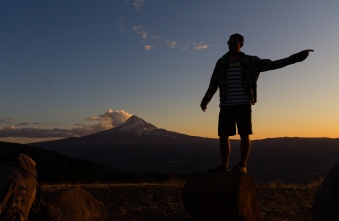 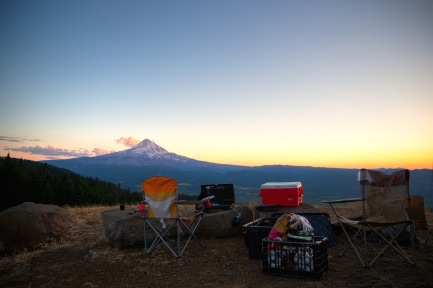 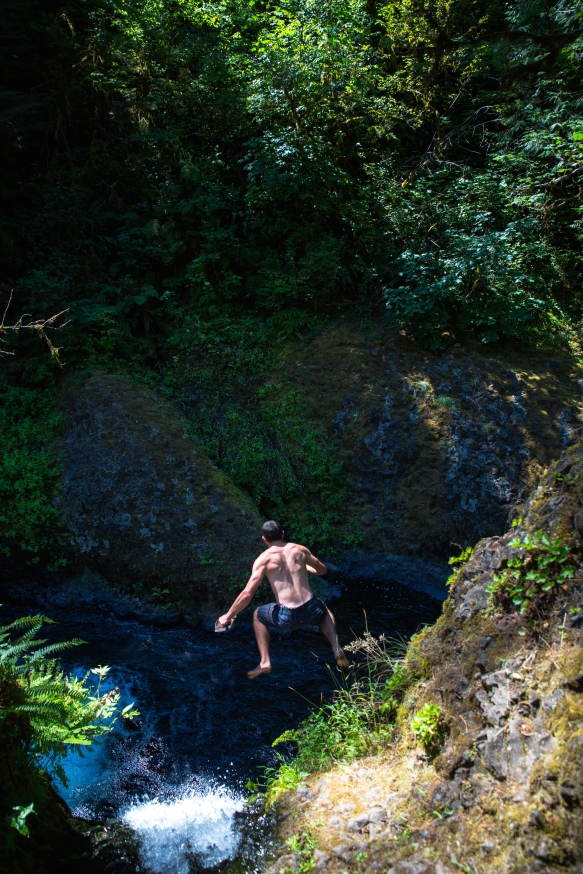 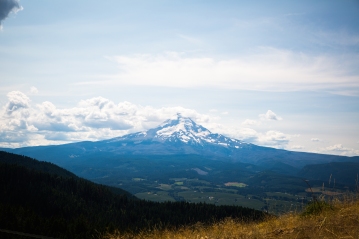 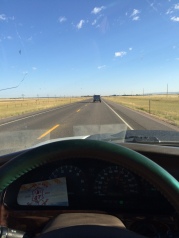 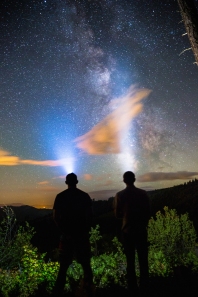 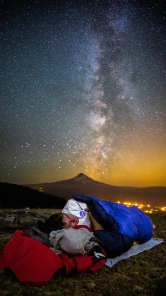 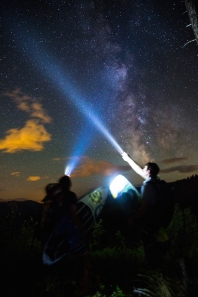 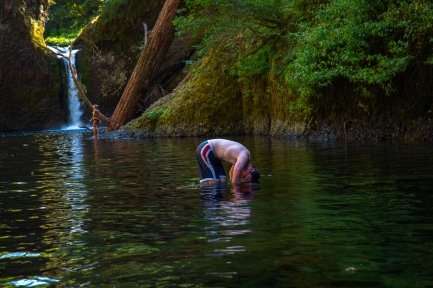 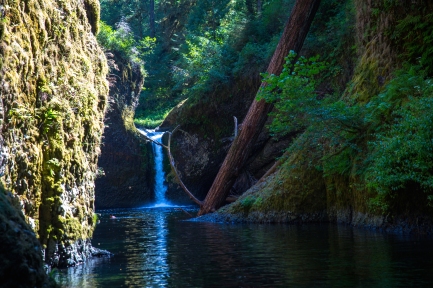 7 thoughts on “Hood River Once Again: Watersports, Beer, and this time The Milky Way”